WHAT IS A Schrader valve

Home » Importance of changing Schrader valve in your LPI Hose

what is a Schrader valve?

The Schrader valve (also called American valve[1]) is a type of pneumatic tire valve used on virtually every motor vehicle in the world today. The Schrader company, for which it was named, was founded in 1844 by August Schrader.

In scuba diving, a Schrader valve can be found in your LPI/BPI hoses (the low-pressure hose that is connected to your power inflator), in some power inflators as well (such as those found on Seaquest BCD) and power inflators that are attached to the left pocket of BCDs (found in some models of Mares and Aqualung).

Most technicians we have spoken to rarely change the Schrader valve on an annual basis. The Schrader valve located in your LPI hose is subjected to the worst possible corrosion. Seawater or rinsing water is often trapped there. A Schrader valve failure can cause leakage or failure to inflate your BCD.

During annual servicing that we conduct, the Schrader valve is removed and the entire hose is ultrasonically cleaned and dry completely. A new Schrader valve will be installed thereafter to ensure your inflation system works flawlessly.

EQUIPMENT MAINTENANCE, SERVICING AND REPAIRS SERVICES AT A GLANCE 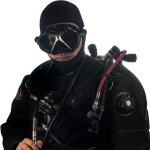 PADI Master Instructor at Orpheus Dive
Lester Kwok enjoys teaching scuba diving and seeking for new ways to improve the diving industry. He does this when he is not busy attending to his animals as a canine physiotherapist.
X